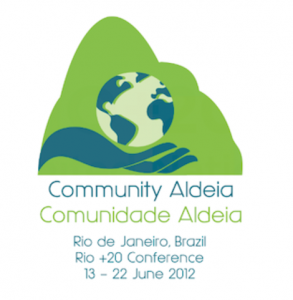 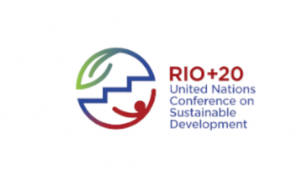 The Community Aldeia brings together the winners of the Equator Prize 2012, other civil society leaders, and the Equator Initiative partnership in a ten-day dialogue on the margins of Rio+20. Join us to see what sustainable development looks like on the ground: explore the true meaning of development and the means to sustainability. Hear about what we've achieved, the future we need, and the steps it will take us to get there.

Day 1 - The Community Aldeia Gets Underway 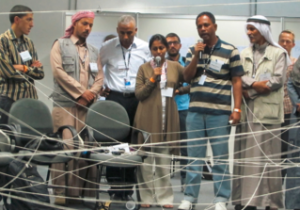 June 13th marked the opening of the Community Aldeia. Participants have travelled from as far as Madagascar, China, and the Solomon Islands for ten days of sharing experiences, learning from one another, and presenting their work on the international stage. The highlights of the Aldeia will be thematic panel discussions featuring Equator Prize winners, focusing on issues such as agriculture and food security, adapting to climate change, and sustainable fishing.

Indigenous Peoples’ and Community Conserved Areas and Territories – better known by the acronym ICCAs – refer to a wide range of locally-conserved areas. An estimated 12% of the Earth’s terrestrial area is incorporated within ICCAs, yet in the vast majority of cases they remain unrecognized, with competing or discriminatory tenure claims undermining the rights of rural communities to sustainably manage their traditional lands. Equator Prize winners represent different models of local ownership and conservation with varying degrees of autonomy. What each group demonstrates is that locally-driven conservation delivers benefits for people and nature that are more effective, more equitable, and more sustainable. 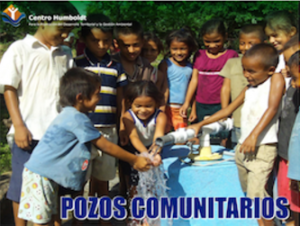 Meeting developing countries’ growing resource needs is a key issue in the Rio+20 deliberations and for sustainable development over the coming decades. The world’s population will have reached an estimated 9 billion people by 2050 – meeting food, water, energy, and land needs for the most marginalized of these global citizens will entail a restructuring of current production and consumption patterns. In the poorer countries of Central America, where these challenges represent a daily reality for rural communities, local organizations have developed innovative means of sustainably managing local resources. Water User Committees, organic farming practices, and preservation of crop genetic diversity are underpinning more sustainable, autonomous, and equitable resource management. 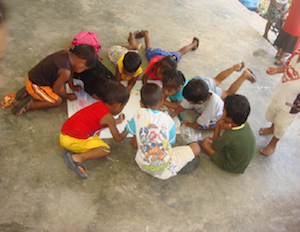 Day Four of the Aldeia began with a panel discussion focusing on community-based responses to climate change. The panel was facilitated by the UNDP/GEF Small Grants Programme's Delfin Ganapin, who began by recognizing the important work being done by this year's winners, much of which has been either directly or indirectly in response to the threats posed by climate change. Whether confronting the challenges of unpredictable weather patterns, natural disasters, or rising sea levels, rural communities face the effects of climate change as a daily concern, rather than an abstract future. Participants heard how the Abrha Weatsbha initiative in Ethiopia had transformed the agricultural productivity of a village to prevent its resettlement; how Association Amsing has used a system of buried pipes to reduce the impacts of flooding for the mountain community of Elmoudaa, Morocco; and how the 500 residents of the 1.7-km² Namdrik Atoll in the Marshall Islands have used sustainable land use planning to maintain their island existence. 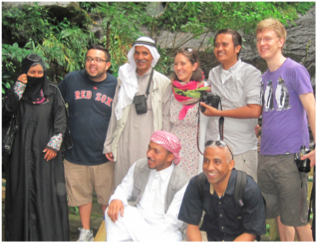 The Community Aldeia participants spent Sunday June 17th enjoying a well-earned rest - we spent the day sightseeing in Rio de Janeiro, including the Botanical Gardens, Floresta da Tijuca, and of course O Cristo Redentor. Check out the pictures below, including the view from the top, and an Equator Prize winner in a Brazilian newspaper!Field Trip! 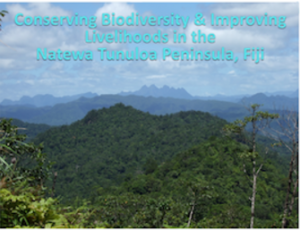 The day opened with a brief presentation on the issue of Access and Benefit Sharing (ABS) and how it relates to local communities and their conservation of genetic diversity. Suhel al-Janabi of GeoMedia described the evolution of negotiations on ABS since the creation of the Convention on Biological Diversity (CBD) at the first Rio Earth Summit, up until the adoption of the Nagoya Protocol in 2010. His presentation was followed by a short animated video on the subject that helped to set the scene for the panel presentations on the cultivation of medicinal plants, viewable here. In addition, click the picture to the right to view the presentation... 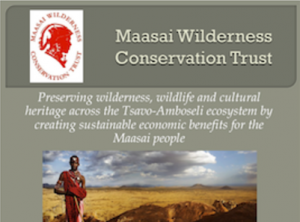 A week into the Community Aldeia, Equator Prize winners split into self-chosen thematic working groups to reflect on lessons learned over the course of the dialogue to date, and to discuss proposals for actions to collectively strengthen their work going forward. Later, the groups each presented their conclusions.... 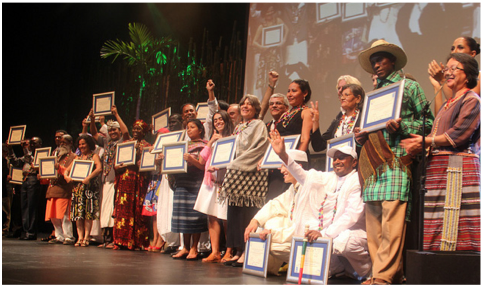 The evening of Wednesday 20 June was the moment we had all been waiting for: the Equator Prize 2012 Award Ceremony! Held at a packed Vivo Rio, a concert hall in downtown Rio de Janeiro, the event was a spectacular success. Celebrating both the 10-year anniversary of the Equator Initiative and the 20-year anniversary of the UNDP/GEF Small Grants Programme, the evening was a vibrant celebration of local sustainable development.