The Shinyanga Soil Conservation Programme, better known by its Swahili acronym HASHI (Hifadhi Ardhi Shinyanga) ran from 1986 to 2004, with the aim of restoring the degraded Shinyanga region of northwest Tanzania. Christened the "Desert of Tanzania" in the mid-1980s by President Julius Nyerere, the region's miombo woodland had been decimated by decades of forest clearing (partly for tsetse fly eradication) and forced resettlement under Tanzania's "villagisation" programme.

The intervention brought together an array of government and international partners, but recognized that the key to the area's reforestation lay in putting local communities at the forefront of these efforts. A traditional system of enclosures, or ngitili, was reintroduced, and Sukuma agro-pastoralists were given responsibility for conserving forest plots. The result was that by 2004, at least 350,000 hectares of ngitili had been restored or created in 833 villages across the region. 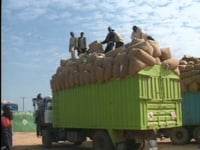