Since the late-1970s, local NGO Asociación ANAI has promoted sustainable farming practices in rural communities living within the Talamanca region of Costa Rica. Home to one-third of the country's indigenous people, the canton ranks lowest in many key socioeconomic indicators, including human development, yet is home to some of the country's richest biodiversity. This natural heritage was threatened by overreliance on cacao farming as a monoculture, which has contributed to a vicious cycle of forest clearance and loss of soil productivity.

Asociación ANAI has acted as an incubator for community-based action that seeks to address these persistent social and ecological challenges. Chief amongst these local initiatives have been sustainable agricultural approaches, inspired by ANAI's regional Finca Educativa training centre. Peer-to-peer learning has also been applied in marine and coastal settings, through endangered turtle species conservation, and in developing ecotourism ventures. 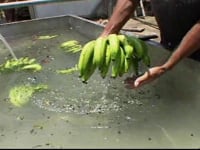