In 1993, the Government of Tanzania designated the Suledo Forest as a Central Government Forest Reserve, in an attempt to stem the overexploitation of forest resources in this 167,400-ha stretch of miombo woodland. This move, made without prior local consultation, resulted in the disenfranchisement of nine neighbouring forest-dependent Maasai villages.

These communities resisted the new arrangement, prompting the government to begin a process of devolution of forest use rights to the local level through Village Environmental Committees, where local communities were transferred responsibilities for formulating forest management plans and crafting by-laws to enforce them. Eventually, Suledo Forest was granted the legal status of a Village Land Forest Reserve, formally establishing local management authority, and allowing for the sustainable commercial harvesting of forest resources for the benefit of the Maasai. 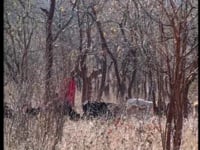