This community-based organization operates in the forests of the Malaysian state of Sarawak. While the customary land rights of the association's indigenous Kayan people are recognized by the Malaysian government, many lands have not been officially demarcated, making them vulnerable to conflicting claims from outside interests. Members of the association work with GIS survey and mapping technology to compile land use maps of communally managed forests, providing a spatial basis for legally defending community land claims in court.

Combined with active resistance to incursions by commercial logging and palm oil interests, including road blockades and political advocacy, and underpinned by two decades of livelihoods development, this association has been able to resist the destruction of the Kayan's traditional forest lands, and instead demonstrate their sustainable management by the local communities that directly depend on them. 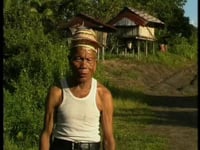