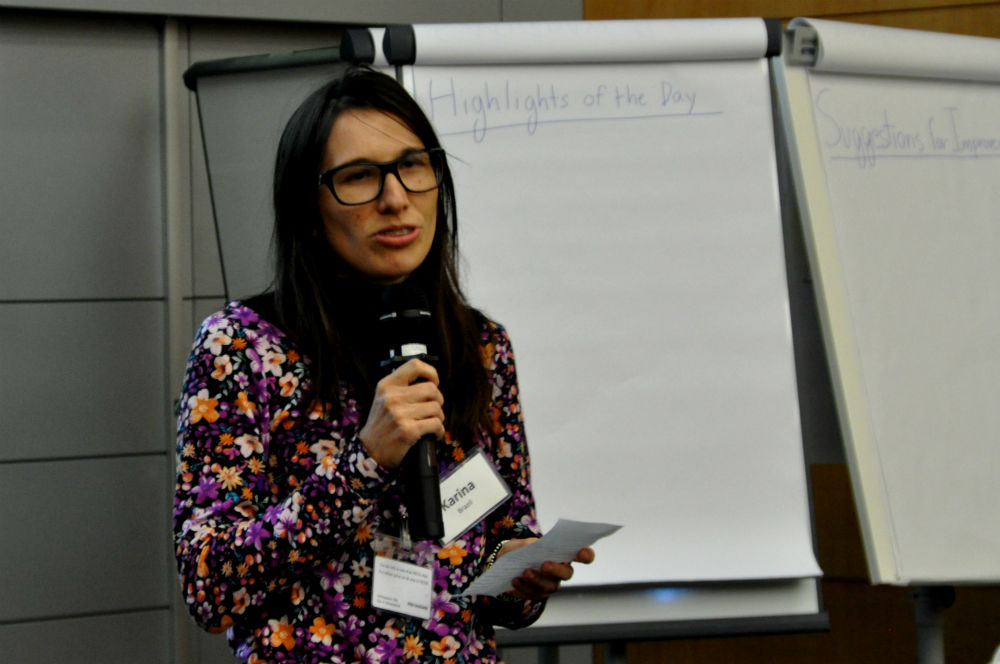 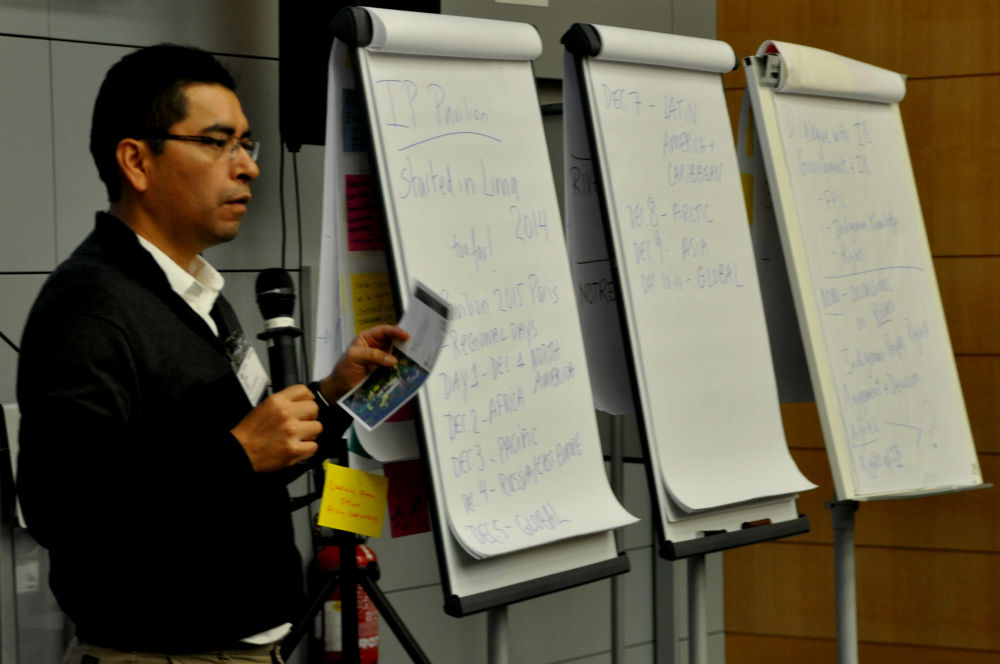 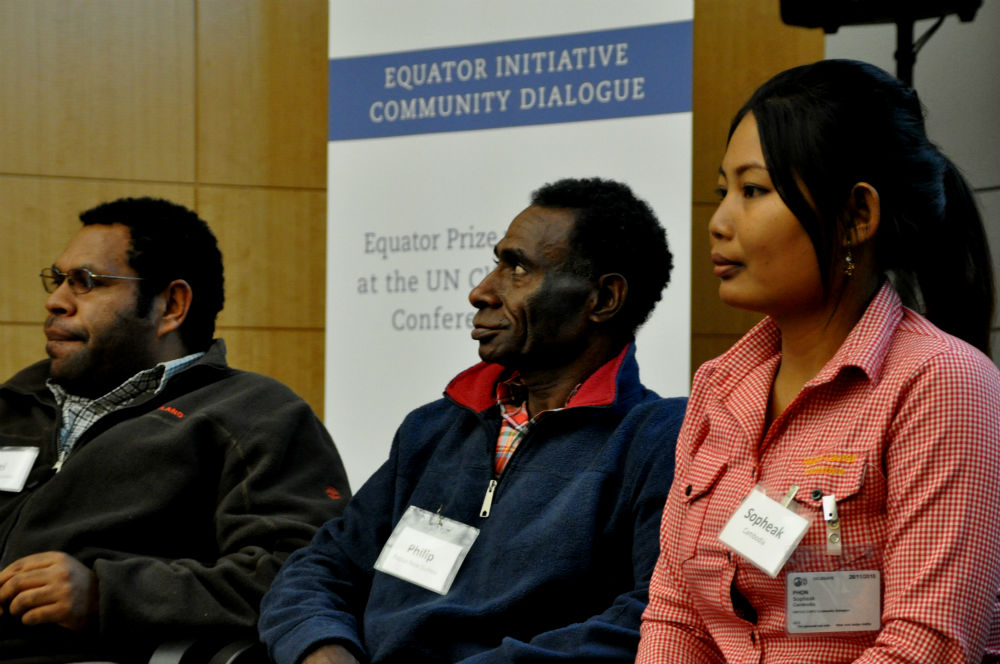 The dialogues began with an introduction of the prize winners from Iran. Isabel Aranda, UNFCCCC Secretariat Programme Officer, started the dialogues with a history of the United Nation’s conventions on climate change. She linked the current negotiations to their roots in 1992 when the first COP occurred. She offered hope highlighting the universality of the United Nation’s Convention on Climate Change to which 196 nations are party. Ms. Aranda then outlined the upcoming events and specified spaces in which participation of non-state actors can influence the negotiations. The prize winners responded seeking insight into the anticipated effects of the negotiations and advice on extending the benefits to remote indigenous peoples. Nicholas Fredericks from Guyana mentioned the time span since the Rio Conference and posed the question of whether greater inclusivity has been realized.

Johnson Cerda of Conservation International continued the conversation charting the history of indigenous people’s inclusion in conventions. He explained that “indigenous knowledge” was first introduced in 2006 and eventually evolved to specific safeguards listed in 2009. His current advocacy works to ensure that indigenous peoples are specifically addressed within the negotiations as opposed to assumed within human rights conversation. Mr. Cerda detailed the program for the Indigenous Peoples Pavilion and invited participants to attend different regionally themed dialogues.

John Trawe from Indonesia began an active conversation with the speakers. He highlighted the severe constraint many communities face by lacking legal recognition. He expressed the desire for greater international solidarity amongst indigenous peoples who remain unrecognized at home. Hernando Chindoy related this concern to Colombia stating “our villages are disappearing on a cultural and geographical level because they are unrecognized.” He underscored the importance of achieving recognition in the national constitution to secure greater protection by the courts.

Following the presentations, participants were split into their four thematic groups: sustainable management of forests, communal land rights, community-based adaptation to climate change, and activism for environmental justice. The groups developed their five minute speeches then selected individual initiatives to present to the larger community. After the elevator speeches were sharpened through peer feedback, the facilitators asked each thematic group to spend the weekend preparing a unified elevator speech.