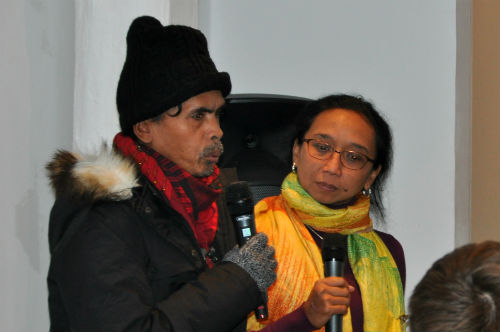 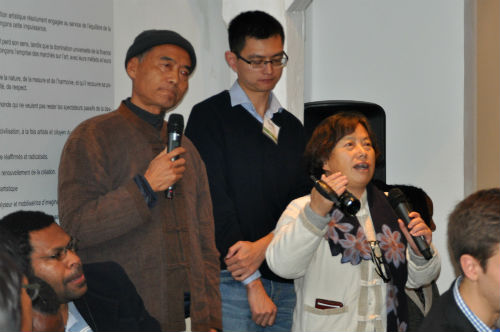 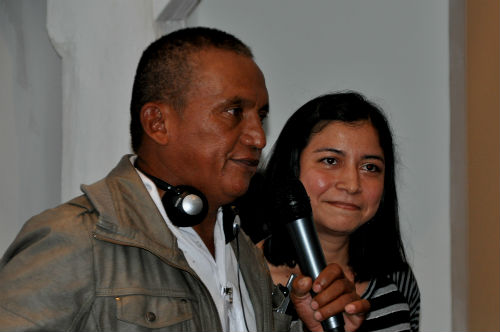 The facilitators introduced the participants to past winners who joined them at L’Espace Krajcberg for the third day of community dialogues. Nicholas Fredericks from Guyana provided a summary of his participation at the Indigenous People’s Caucus the day prior and expressed his desire to return in the future not as an observer, but a representative. Julie Binet, Director of the Krajcberg Institute, explained their organization’s artistic work which originally contributed to advocacy against deforestation of the Amazon and has expanded its focus to indigenous communities globally. During the coffee break, participants enjoyed the gallery with sculptures made of burnt Amazonian trees.

After lunch, participants were visited by Terence Hay-Edie from the UNDP Global Environment Facility Small Grants Program (SGP). Former grant beneficiaries within the group provided personal accounts of SGP’s influence. Ahmad Seyer from Afghanistan expressed his appreciation for receiving the small grant when his NGO was first established in 2012. Mr. Hay-Edie affirmed the intention of SGP as a risk taker for new community-based initiatives that often lack initial funding. Budi Setiawan from Indonesia explained to the group that their organizations can apply for the grant using a video proposal so community members can express their goals verbally in their native language. After John Trawe from Malaysia inquired about eligibility, Mr. Hay-Edie stated that 129 countries are eligible and cross-border initiatives can seek funding through funding allocated by Germany to support indigenous community conserved areas (ICCAs). Sally Timpson, the former global manager of the SGP, stated that the programme continues to work to inform donor countries of the power of funding community driven action. The remainder of the day was devoted to themed clusters collectively crafting messages to share at the Equator Prize 2015 Award Ceremony.