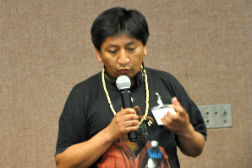 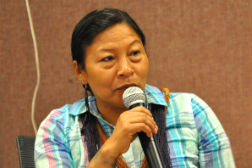 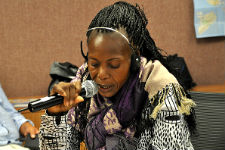 The morning began with Javier Alejandro Áncapan Marielo offering an elevator pitch about the Comunidad Indígena de Manquemapu.  He remarked that “the idea [of our organization] is to build good management of natural resources in the integrity of the land, sea, air, and rivers” and that “the alliances that we’ve been able to achieve in the regional and national level have allowed us to survive as an organization.  It’s the same thing that we’re doing here [at the community dialogues] - we’re looking for alliances.”

Next, Manuela Omari Ima Omene from the Asociación de Mujeres Waorani del Ecuador offered a honed elevator pitch for her organization.  Manuela stated that “before we were earning very little money and now we’re earning more than the men in our area.  For me this is a big achievement.”  She explained that “the other women are waiting for me and want to see what I’m doing here to see how we can move forward as indigenous women.” Lastly Manuela reflected on her time at these workshops stating “I’m speaking here with people from different countries and learning what women are doing around the world…it gives me a lot of information to bring back to my community.”

A third representative, Clementine Ngassima, gave a brief presentation on the work of Amical Bè Ôko. She stated that “the group was established to improve the daily life of the Yamato, Marabo and Gafundo villages through agriculture. The group is exclusively [comprised of] women.” Clementine explained that “the raffia and the cane that we grow are used for basket making and to make small chairs which have brought some income to the women.” 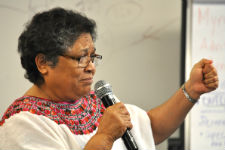 Mirna Cunningham, the Indigenous Adviser to the President of the General Assembly 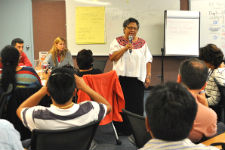 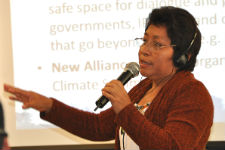 Following the elevator pitches presentations, Mirna Cunningham, the Indigenous Adviser to the President of the General Assembly, spoke to the participants about the relationship between indigenous peoples and the United Nations. She described the process indigenous peoples have undertaken to gain voice at the UN. Ms. Cunningham articulated three key messages that have emerged out of this process: the indigenous are a people that need to be recognized, indigenous peoples have their own voice, and culture cannot be ignored in development.

She celebrated that indigenous peoples are more visible today; however, she outlined a number of inequalities that remain. Moving forward, she called for attention on the disproportionate effects of illiteracy, maternal mortality, disease transmission and poverty on indigenous peoples. Ms. Cunningham emphasized the necessity of organization and unification of different indigenous peoples to address shared concerns.  “Things don’t happen because you have a document.  Things happen because you are well organized.” She invited the participants to join forces with one another for “governments listen to us because we have one voice.  If we had ten voices, they wouldn’t listen to us”.

Ms. Cunningham’s presentation provoked a lively discussion. Leydy Martín noted that measures to protect indigenous rights have been approved in Mexico; however, these efforts have been nominal and the government most often serves as an opponent instead of a partner. Other localized issues were shared including indigenous people in India caught in armed struggle and efforts in Ecuador stifled by multinational corporations’ agendas. Lastly, representatives from Haiti, Morocco and Ecuador raised concerns regarding the outcome document’s impact since poor infrastructure makes information dissemination onerous for indigenous peoples to learn about the rights granted to them from such a document. 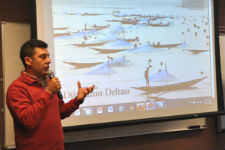 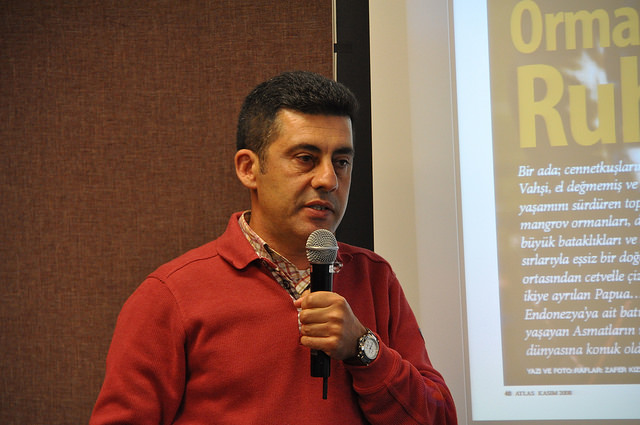 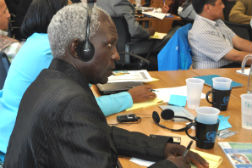 Zafer Ali Kizilkaya of the Mediterranean Conservation Society demonstrated the importance of photographs and visceral imaging in presenting the works of community based projects.  He presented a series of examples including an illegal shrimp-larvae farming operation in Bangladesh. The images clearly displayed the extreme poverty and environmental degradation caused by such an operation. Participants heard of the great potential that visual presentations carry to drive home an organization’s message.

Mr. Kizilkaya also stressed that controlled messaging of a community’s work can “[show] potential donors that we are not waiting for their help, but that we have a plan for enacting the solution.”  He further emphasized that “showing success is not enough; success needs to be placed in the context of the meaning of the problem and the meaning of success for regular people.”

The Impact of the Climate Summit on the Post-2015 Agenda 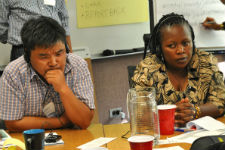 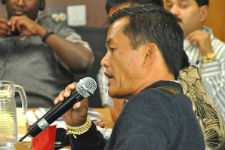 Dhruba Raj Gautam of the Alliance for Integrated Development 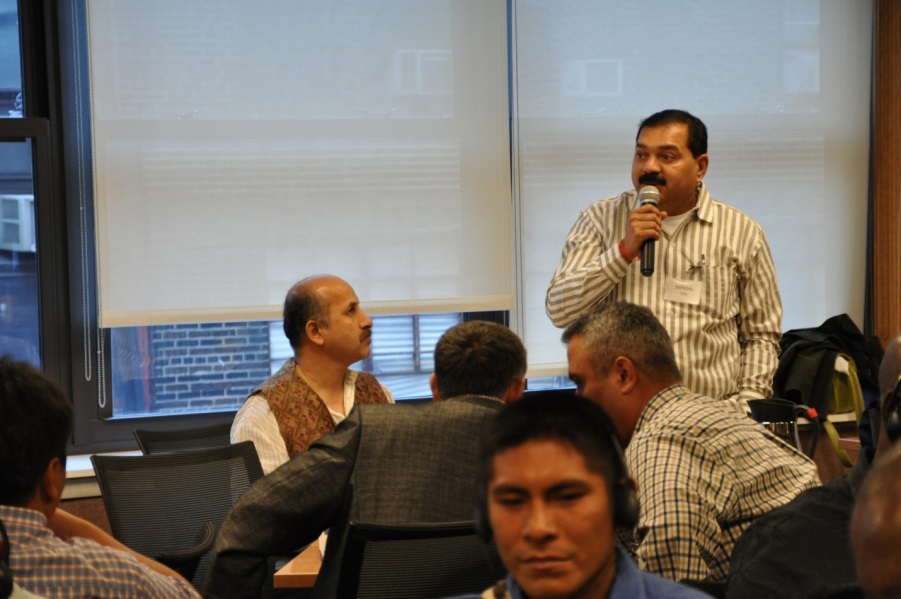 Cassie Flynn, the Climate Adviser to the United Nations Development Programme, spoke about the important role the Climate Summit plays in setting the post-2015 development agenda. First, it will support countries in answering how to enact climate change policies in their national context.  Secondly, it will support global transitions from ideas to practical work on climate change.

The summit will be an opportunity to raise ambition for the Paris Agreement in 2015 which is slated to replace the Kyoto Protocol.  This new agreement is anticipated to be more effective as all countries in the world, including the USA, are expected to participate.  The summit aims to determine how climate change action can be advanced on the ground, specifically through leveraging financial support like the Green Climate Fund.