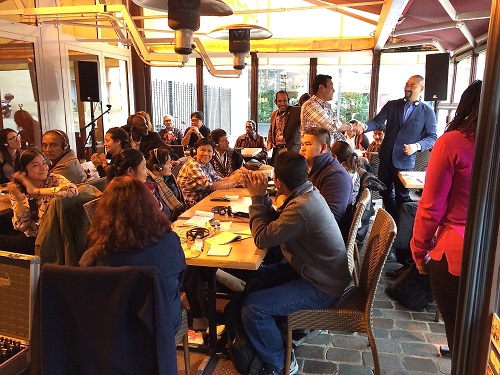 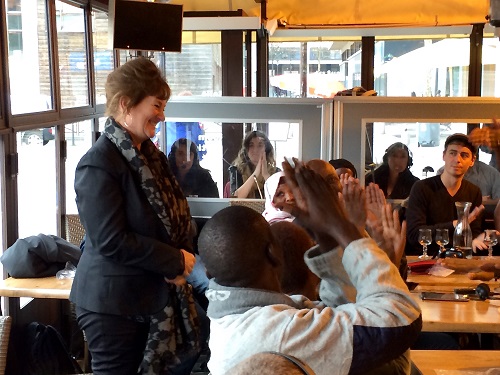 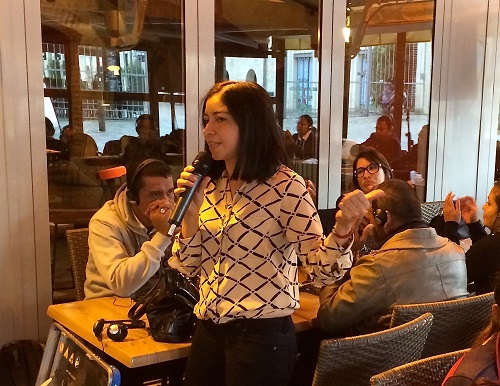 The final session began with a discussion facilitated by Japy Silapan that enabled participants to reflect on the highlights of their two weeks in Paris. In a moving session, representatives from all 21 Equator Prize-winning groups spoke about what they would be taking back to their communities, with several key themes emerging. Representatives from Afghanistan, Belize, Cambodia, China, Colombia, Guyana, Honduras, and Indonesia all commented on the fact that in their own countries they are not recognized for their work, and that many face persecution and even death. In the face of all that these groups continue to struggle against at home, being recognized on a global stage for their efforts served as a powerful catalyst. As Hernando Chindoy from Colombia commented, “It was such a miracle to be here. When you are in the middle of a conflict it is so difficult to continue on. We have been surrounded by guns for years, and some of our brothers and sisters are now in the stars because they were killed in the fight.” The Equator Prize is able to serve a powerful role in validating and recognizing the work of communities fighting on the ground for their survival.

Another key theme that emerged was the power of meeting other prize-winners and seeing the work that each initiative undertakes in communities around the world. The methods used in each community may be different, but all 21 prize-winners fight for the same goals: land rights, forest protection and management, environmental justice, and sustainable livelihoods and adaptation to climate change. Seeing other groups working for the same goals served as a powerful reinforcement of the importance of each initiative’s contributions. As Maria Leusa Munduruku, of Movimento Ipereg Ayu, commented: “the cultures are different, the people are different, but we are in the same fight.”

Following reflection by the community members, facilitators Alejandra Pero and Esther Wanjiku and Equator Initiative Manager Eileen de Ravin spoke about next steps for the winners once they return to their communities. All three speakers encouraged communities to leverage the Equator Prize to reach out to government allies, connect with national UNDP focal points, and build on the contacts formed in Paris with the Global Environment Facility Small Grants Programme, the Global Greengrants Fund, and other policymakers and NGOs. The Equator Prize winners will also have full access to the Equator Initiative-administered World Indigenous Network of Land and Sea Manages (WIN) to facilitate exchanges and collaboration around various areas of work. Winners were likewise encouraged to utilize the Equator Initiative and the circle of past Equator Prize winners as an ongoing network and base of support to develop their work. The session concluded with a celebratory farewell lunch.