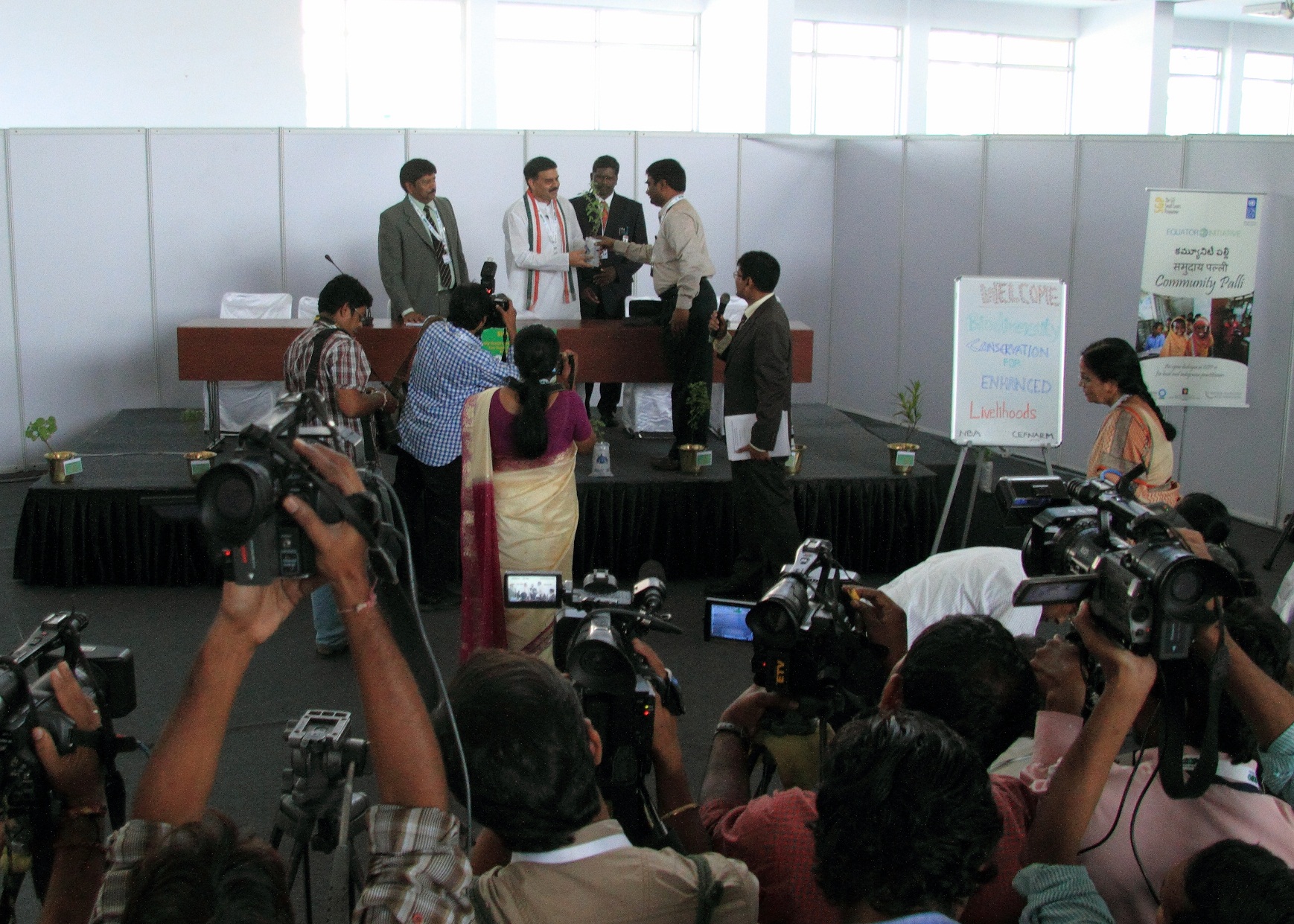 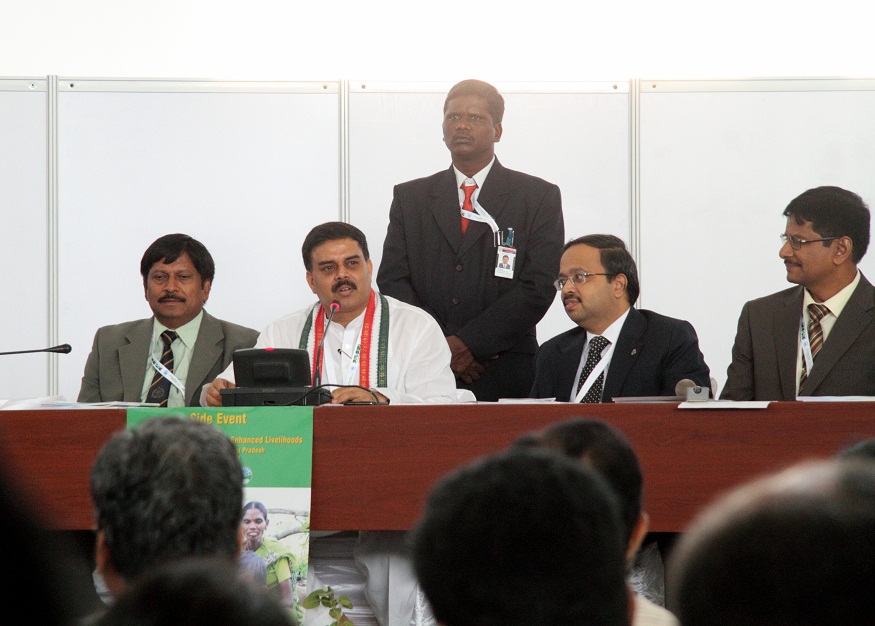 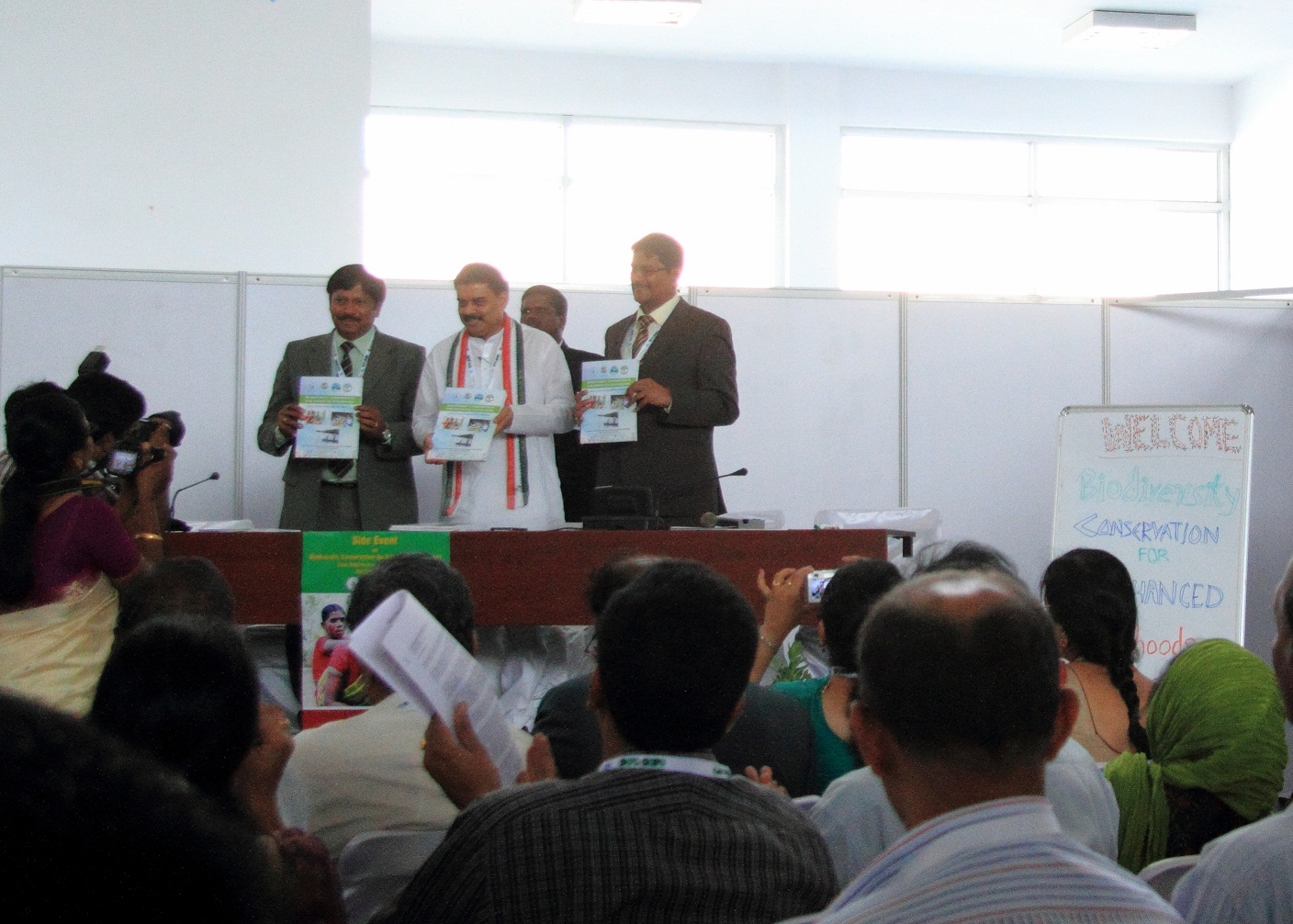 On the first day of the CBD CoP 11, the Community Palli hosted a high-level side event organized by the Andhra Pradesh Forest Academy and its Centre for Forest and Natural Resources Management Studies (CEFNARM). The event was attended by the Assembly Speaker for Andhra Pradesh, Mr. N. Manohar, who endorsed the impressive efforts of the state forest department in linking biodiversity conservation and improving the livelihoods of rural communities.

Some examples of these efforts were presented during the side-event, based on a series of 25 case studies recently documented by CEFNARM. These twenty-five sites were identified as prime options for replication and scaling-up, and included initiatives such as processing of bamboo handicrafts by tribal communities; collection of non-timber forest products; conservation of medicinal plants; protecting habitats for birds and other key wildlife species; mangrove conservation in coastal areas; and a wide range of community-based ecotourism activities. All of these cases illustrated the key role played by both NGOs and state forest department officials. A more detailed list of these initiatives can be found below.

Describing himself as a ‘naturalist’, Mr. Manohar stated that the Andhra Pradesh Assembly was the only legislature in the country to have a committee dedicated to wildlife protection and environment. Praising the State Forest Department’s initiatives in improving rural livelihoods and conserving habitats, he also emphasized the need to create awareness on protecting biodiversity at the grassroots level.

The session was concluded by Mr. P. Balakrishna, Chairman of India’s National Biodiversity Authority, who also praised the forest conservation case studies as prime examples of the authority’s efforts to make the linkages between improved conservation and wellbeing for marginalized communities.