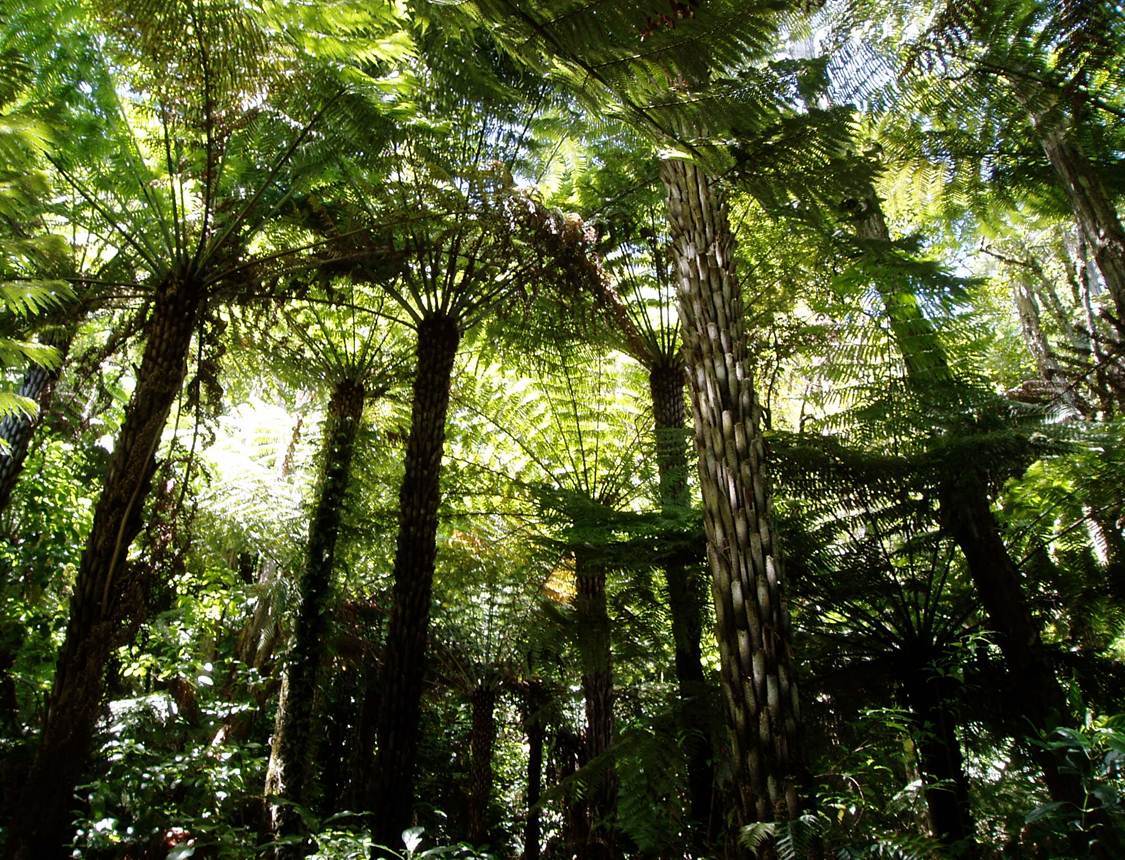 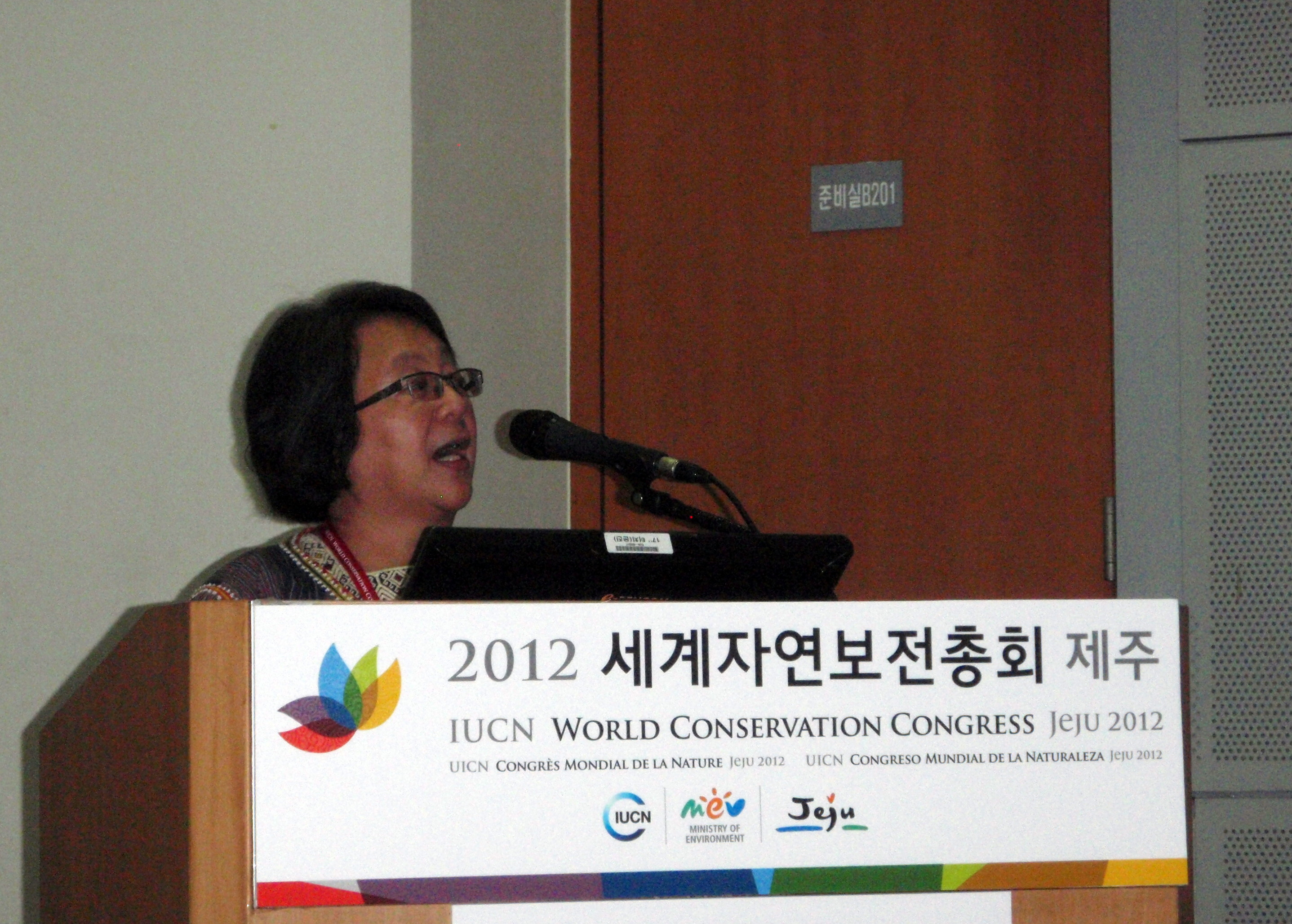 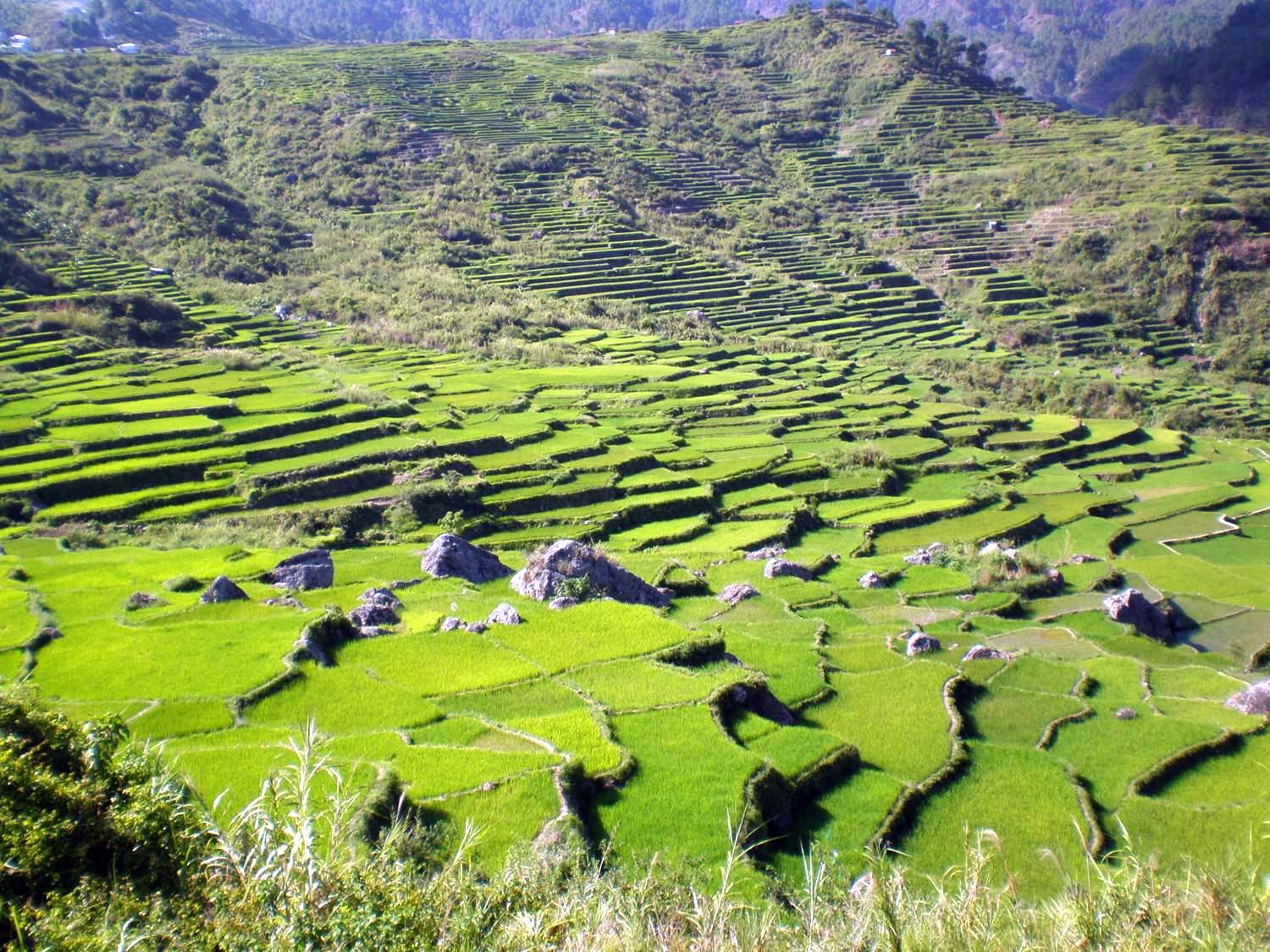 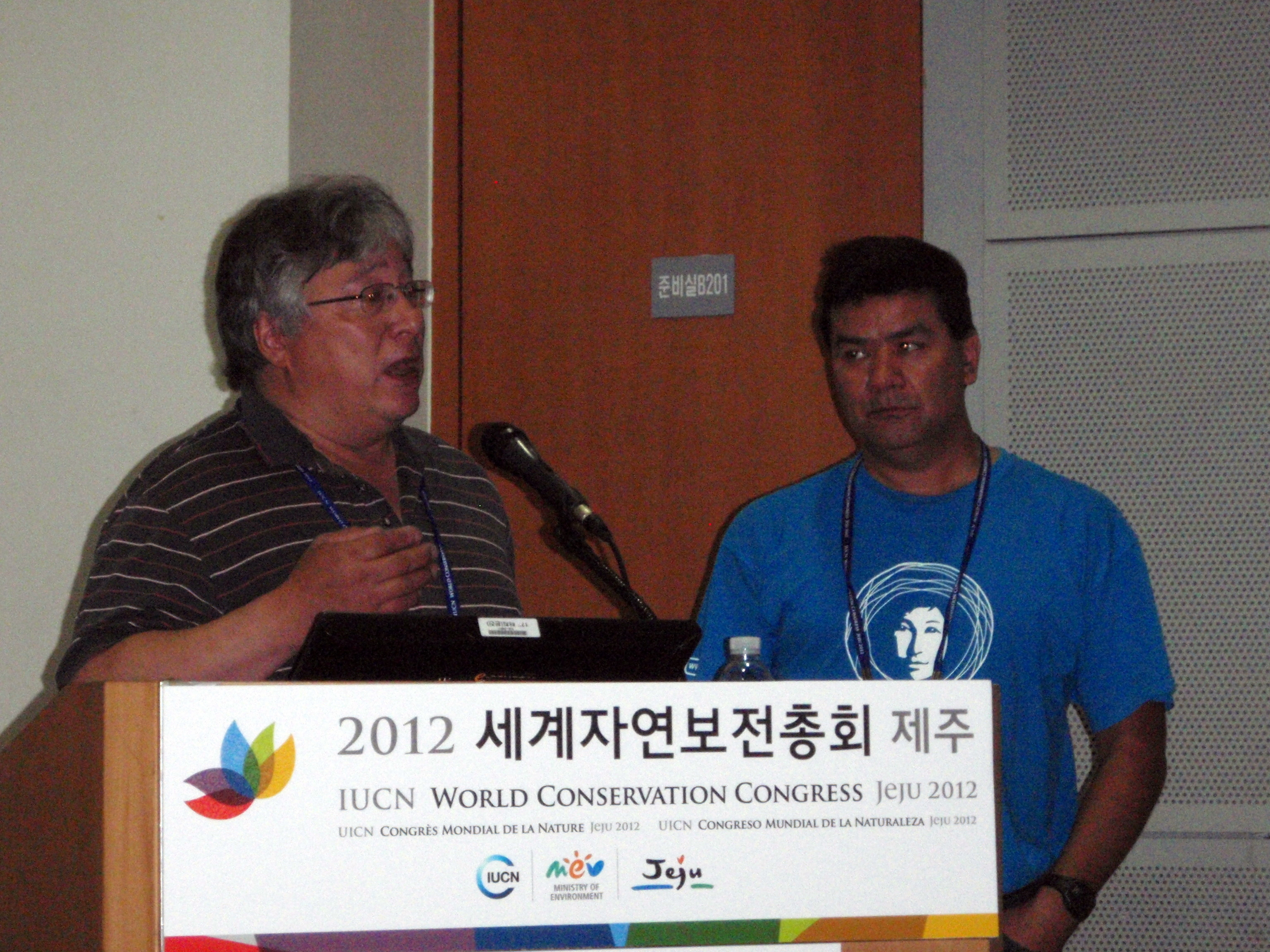 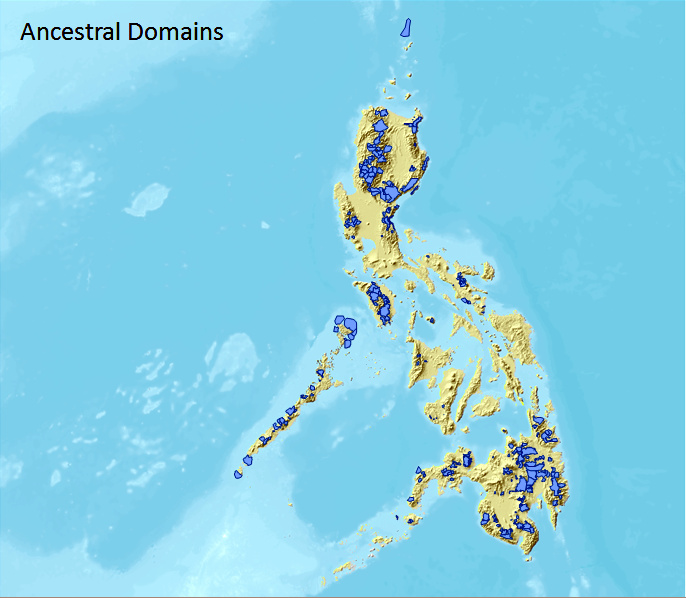 "...the activities of conservation organizations now represent the single biggest threat to the integrity of indigenous lands." (Declaration of the 200 delegates at a meeting of the International Forum on Indigenous Mapping, Vancouver, Canada, 2004)

Dr. Peggy Smith of Lakehead University introduced this CEESP workshop on promoting a new way of doing business in conservation based on respect for indigenous peoples' rights. She spoke about her personal motivations for working on this issue as a person of Cree descent from Ontario, Canada, and seeing first-hand the impacts of boreal forest conservation interventions on the country's First Nations peoples. The lack of prior consultation in these efforts, the failure to appreciate indigenous knowledge and value systems, and the resulting disenfranchisement of local communities would all be common themes throughout the session: the purpose was to elucidate some aspects of a new paradigm that would tackle these issues, drawing on the experiences of both indigenous groups and international organisations.

The view from the ground, from the Philippines to New Zealand

The first indigenous perspective on this came from Vicky Tauli-Corpuz, a member of the Philippines' indigenous Kankana-ey Igorot people and Executive Director of the Tebtebba Foundation. She began by showing a series of maps that demonstrated how the Philippines' more than one hundred Key Biodiversity Areas (KBAs) related to the country's formal protected area system and to areas of ancestral domain. Particularly in the Cordillera region, and particularly with regard to forests, indigenous peoples' territories tend to cover more of these areas of high biodiversity significance. Within these ancestral domain areas, the use of different indigenous resource management systems has helped to conserve forests for centuries. By demonstrating how these systems sustain ecosystem services, indigenous rights groups have helped to advocate for the protection of ancestral domain land for resource extraction. Ms. Tauli-Corpuz summarized the lessons for conservation ethics as three-fold: conservation should be based on respect for indigenous peoples, respect for indigenous knowledge systems, and the full and effective participation in design, implementation, and monitoring and evaluation processes.

The workshop next featured a presentation on the situation of Canada's indigenous Inuit living in the far north-western islands of the country. John Cheechoo, of the Cree people, and Larry Carpenter (Inuvialuit) described co-management arrangements that give Inuit communities in the regions of Nunavut, Inuvialuit, Nunavik and Nunatsiavut a voice in conservation processes. These have included regulations on hunting, establishing wildlife corridors for polar bears and caribou, and, more recently, protection of polar ice areas. Not all organisations have abided by these institutions, however, and some conservation interventions has marginalized these communities who rely heavily on local resources for livelihoods. Accountability and representation are key safeguards against this marginalization, and must be adhered to.

The Ogiek people of the Mt. Elgon area of Kenya have suffered due to the lack of any recognition of indigenous people in Kenya's new constitution, which instead groups tribal people such as the Ogiek as vulnerable and marginalized. Despite positive interventions such as the recent Whakatane Assessment described in Saturday's workshop on ICCAs, Fred Ngeywo described how this lack of legal recognition, as well as the classification of forest-dwelling communities as illegal, has hampered efforts to promote indigenous resource management in Kenya. Despite the landmark recognition of the Endorois case by the African Commission in 2009, this community's situation has not improved in the intervening three years.

Florina Lopez of the Kuna Nation spoke about the lessons she had learned from working with conservation organisations as Coordinator of the Indigenous Women's Biodiversity Network of Abiya Yala in Panama. Foremost among these was the need for greater respect for indigenous peoples and indigenous knowledge. She criticized token approaches, and dismissed the idea that indigenous people needed to be "taught" about the need for conservation, or about the threats of climate change. Instead, conservationists should spend time in the field with local people, learning from their experiences and contributing to an open, balanced dialogue. Ms. Lopez stressed that the Kuna people have traditional strategies for adapting to climate change, for instance: "we want to be part of the solution". What is lacking in some cases is knowledge of technical language, which can disadvantage local communities in negotiations on benefit-sharing – a recent fiber-optic project had been accepted by traditional authorities in return for payments of just USD 12,000 per month to the Kuna people, who are now bound by this 25-year contract. There is a clear role here for conservation organisations in improving the technical knowledge of indigenous peoples to support them in situations like these.

The final indigenous perspective came from Aroha Mead, of the Maori people of New Zealand, and the current chair of CEESP. She echoed Florina's call for a more equitable relationship between conservation organisations and indigenous and local peoples: despite recent improvements in this regard, there is still much work to be done to put conservationists and communities on an equal footing, working side by side, and this is an issue that CEESP is currently working to promote. In New Zealand, there is very little land remaining under Maori ownership. This contrasts with a high percentage (around 32%) of protected area across the islands. In cases where the Maori have attempted to reclaim portions of this land, it is often conservationists who have blocked this. In terms of a legal framework in New Zealand, the Treaty of Waitangi provides a mechanism for land and resource management claims, but for this to truly move forward there needs to be greater trust between the government and tribes. More positively, conservation NGOs have worked productively with tribal communities, including in helping to resist the commodification of nature. Recent success includes granting a river the status of personhood to ensure its protection.

Janis Alcorn of CEESP provided a brief overview of the existing international mechanisms relating to indigenous peoples rights. Among the more successful of these have been the UN Declaration on the Rights of Indigenous Peoples (UNDRIP), ILO Convention 169, and International Covenants on Civil and Political Rights, Cultural Economic and Social Rights, and the Elimination of Racial Discrimination. Redress mechanisms include the International Human Rights Courts and the UN Special Rapporteur on Human Rights, although in the latter case judgments are not legally binding. Some proposed mechanisms include an international ombudsman to be housed within the UN Permanent Forum on Indigenous Issues, an international Truth and Reconciliation committee proposed at the World Parks Congress in Durban in 2003, and the more recent example of the Whakatane Mechanism, which works to promote local dialogues.

By far the most effective redress mechanisms seem to be those initiated at the national level that have been driven by indigenous peoples themselves; one successful example is the work of ORDEPISAM in Peru. Going forward ,the best chance of mainstreaming a more equitable, rights-based approach to conservation is the Conservation Initiative on Human Rights (CIHR), which eight leading conservation NGOs have signed up to since 2009. This initiative is currently developing common frameworks for planning, monitoring, and reporting for human rights-based approaches in their work. 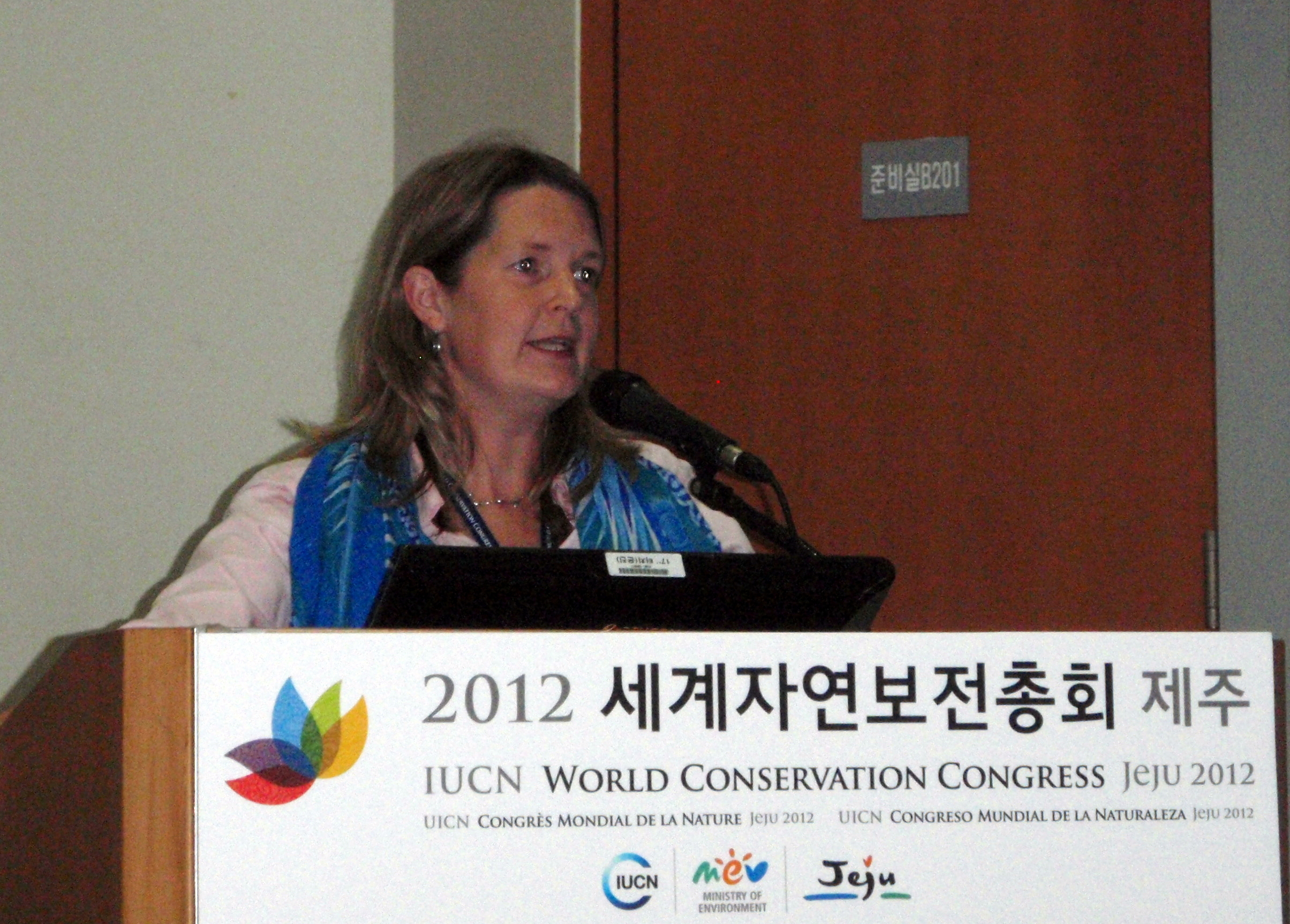 Two of these leading NGOs – Conservation International (CI) and The Nature Conservancy (TNC) – were represented in the workshop by Kristen Walker Painemilla and Gina Cosentino, who presented on their respective work in mainstreaming indigenous rights in conservation. Both organisations are implementing measures to ensure that the initiative's main objectives – respect for human right, promoting human rights in conservation, protecting the vulnerable, and encouraging good governance – are adhered to. As well as working on a common reporting framework, for instance, CI has undertaken training of its global staff on human rights and has convened national roundtables on indigenous issues in countries such as Peru. The key to these dialogues has been going beyond mere representation to making sure that indigenous people's views are represented in national policies.

Kristen also provided details on concrete initiatives undertaken by CI in recent years, such as the creation of an Indigenous Advisory Group, with two representatives on the organization's Board of Directors; the CI Indigenous Fellows program, and collaboration with partners in the field on capacity building; providing support and collaboration on policy development; training on key policy issues, including supporting indigenous representatives to participate in technical discussions at both CBD and UNFCCC COPs; grant-giving to indigenous groups; and through direct engagement on the ground.

Gina gave an overview of complementary work being undertaken by TNC since approving the CIHR in 2010. Indigenous and Communal Conservation was created as one of the organization's twelve Global Priorities in 2011, providing a mandate to review and develop TNC's current practices, procedures, safeguards, and internal awareness of indigenous peoples' rights in conservation. This global review will be conducted through 2013 in a series of regional consultations, alongside a process of internal education for TNC's 4,000 staff around the world. Priorities include ensuring that outcomes and reporting measure social outcomes as well as environmental and economic, and, in the long-term, investing in communities and local people. Taking a WE-CARES approach (Well-being and Empowerment through Conservation Action in Rights and Environmental Sustainability), the ICC Strategy as a whole is based on the inextricable link between human rights and the right to a safe and clean environment. 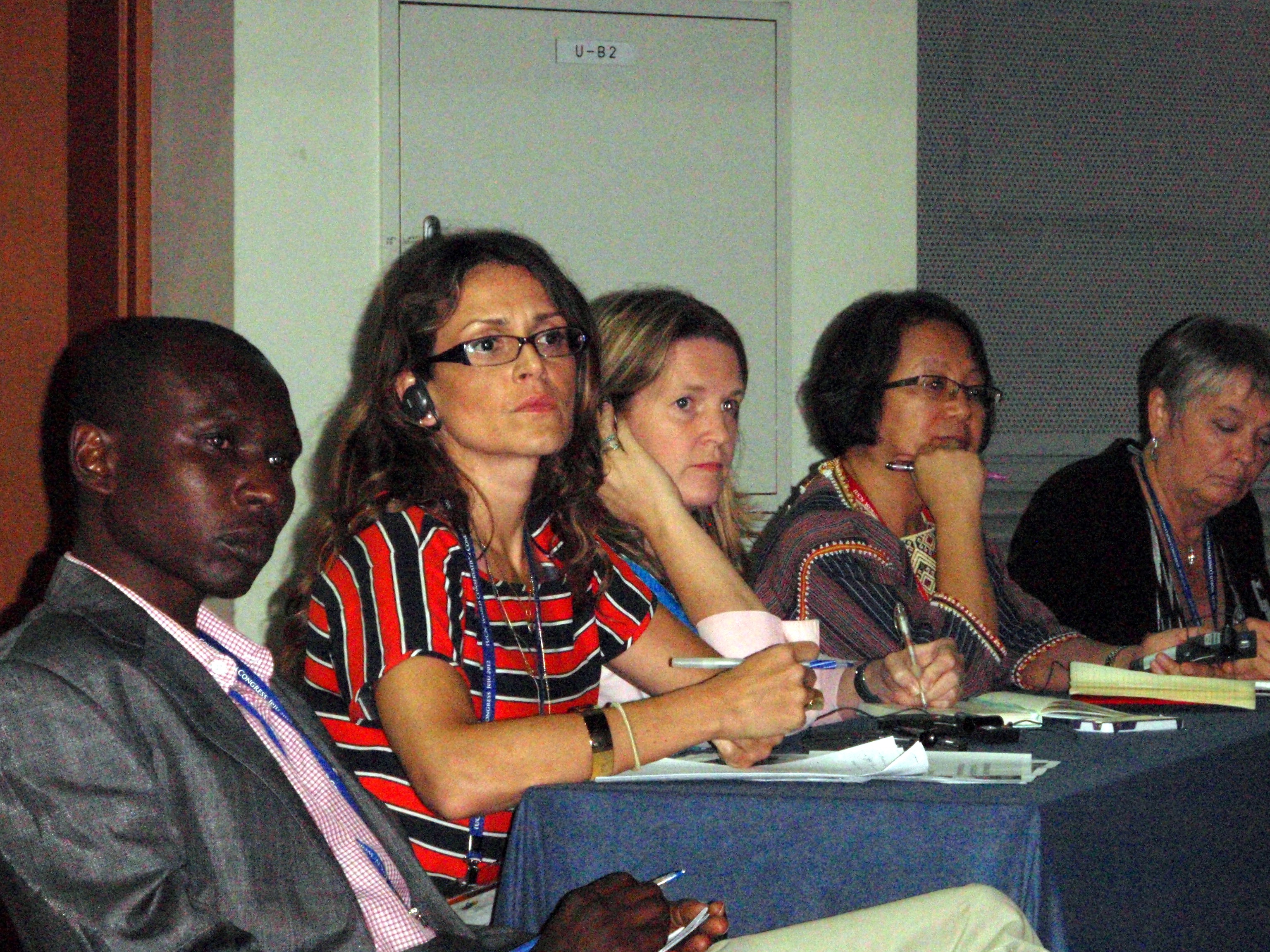 With a wealth of experience from the local and international levels presented during the workshop, a short period of time was left for discussion, facilitated by Juan Arce. Audience members highlighted the particular issues associated with the management of land by indigenous people living in voluntary isolation, such as those in the Paraguayan Chaco, and the key role that ICCAs can play in underpinning indigenous claims to manage territory. Proposals were made to use the Earth Charter as a basis for cultural heritage and trans-boundary issues, and to include indigenous peoples in evaluations of conservation programmes. Vicky Tauli-Corpuz responded by emphasizing the need not only for inclusion, but for putting the design of evaluative frameworks in the hands of indigenous peoples, based on their own epistemologies. Finally, the panelists were challenged to go beyond recognizing indigenous knowledge to actively campaigning for recognition of indigenous land ownership.

To conclude the session, Trisha Kehaulani Watson spoke on behalf of CEESP's Youth Engagement and Intergenerational Partnerships initiative. She re-emphasized many of the key themes emerging from the workshop, and gave special priority to the need for balanced, equitable relationships between conservationists and indigenous peoples. She used an example from Hawaii in which the island's young indigenous leaders and conservationists had spent two days learning from one another in an open and frank dialogue. This kind of exchange and mutual appreciation of different approaches will underpin the development of a more equitable conservation ethic that puts not just human rights, but also indigenous rights, at the very centre of conservation.