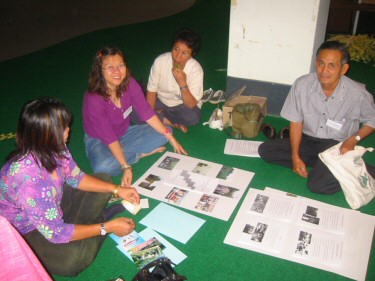 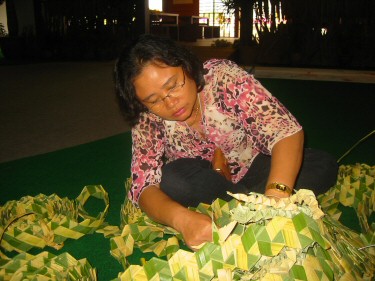 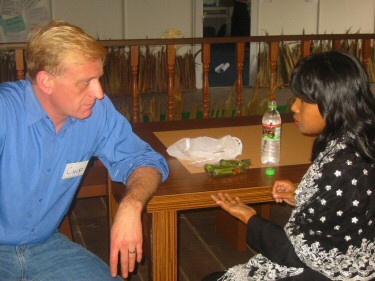 Community Kampung facilitators Chip Barber and Sam Johnston led an educational session - known as the Community Clinic - to highlight important aspects of the Convention on Biological Diversity. By introducing the concept of biodiversity and following with an analysis of its importance and status within the global community, delegates were able to explore many issues directly addressed in the convention. The role, objectives and approach of the CBD were also outlined, as were the key provisions. The presentation of the many issues addressed in the Convention article by article provided an opportunity to place the key themes of the COP7 within the broad context of a commitment to, and understanding of, biodiversity.

Questions that were raised in discussion included:

1. How can the knowledge gained at the conference be used for advocacy back home?
2. How can we make sure we make an impact while we are here?

Sam Johnston of the United Nations University's Institute for Advanced Study, continued the dialogue by presenting an overview of the structural network of institutions and organizations that are partners to, and are involved with, the implementation of the CBD. He also addressed the role of the Plenary and the format of discussion during the COP, as well as the focus of working groups such as: technology transfer, WSSD follow-up, genetic resources and access and benefit sharing, Article 8(j) addressing traditional knowledge, and public awareness and education.

The final touches were put on the Kampung as community members continued to arrive and the decorations were finalized.