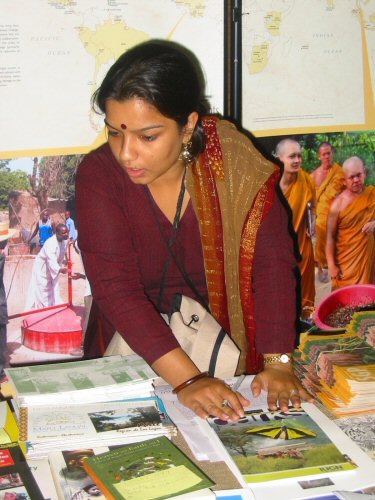 Yet another busy day at the Community Park, here at the World Parks Congress, 2003. The schedule for the day was packed with discussions, musical presentations and talks from a number of community members.

As soon as the exhibition hall was opened the Community Park as filled up within minutes with community members using the space for their group discussions or just talking to one another.

The first official event at the 'Community Park' was a panel discussion on ' Poverty reduction through biodiversity conservation in Indigenous communities in Central America. Bahar Dutt who was the Moderator for the discussion along with Benson gave an introduction to the two speakers. Cecilio from Mexico with the assistance of a map spoke about the relation between poverty and biodiversity. He highlighted how areas that of high poverty were also the areas that were rich in biodiversity. Likewise areas that were low on poverty were highly degraded. Basically, then there was an urgent need for integration of development schemes with conservation goals.

The next presentation was by Otilio from Venezuela who pointed out that the issues that were common to the region. Bahar then asked each of them how conservation could be used to reduce poverty.

The Makuelekes made a presentation of how they had been displaced from Kruger National park and how slowly they have got back their rights from the government and have even succeeded in gaining employment in some of the schemes of the Park, The presentation showed how communities can be involved in conservation activities while ensuring that their rights are upheld. A question was also raised about the hunting rights of the Makuleke. The Makulekes pointed out that they had exclusive rights of hunting Kruger and how they had succeeded in using trophy hunting for raising funds for local communities.

Shanon from Conservation International presented on the work done by CI in Guyana which is a country, which till today had no system of, protected areas and yet is extremely rich in biodiversity. A film was also shown on the need to set up protected areas and how education programmes can be used to create awareness amongst local people on conservation issues.

Bahar then opened the floor for discussion, which got quite heated as a human rights activist questioned the need for setting up protected areas and how it has led to displacement of indigenous communities and created divisions amongst them.

The next session was on lessons learnt by mobile people from the discussions of the past few days and what it was like to meet mobile people from different parts of the world. The workshop began by dealing with a number of common misconceptions about mobile peoples, their NRM systems and development strategies designed for them.

Mobility is not something outdated but it is a crucial strategy for Mobile People in arid and semi-arid environments at present and for the future. 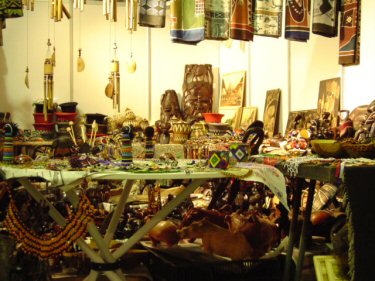 Mobile land use is a complex system of management that requires that you know the land very well. This knowledge has been handed down for generations. To protect the land, you must know the land. Mobile people know the land.

The Mobile People wanted to reiterate that they are major contributors to national economic development in many direct and indirect ways (livestock products and to secondary industries) (meat, hides, dairy, tourism, etc.)

After the presentations by different mobile people, Bahar opened the floor for discussion. Mobile communities from Pakistan highlighted the transborder problems that they face due to the building of artificial political boundaries. 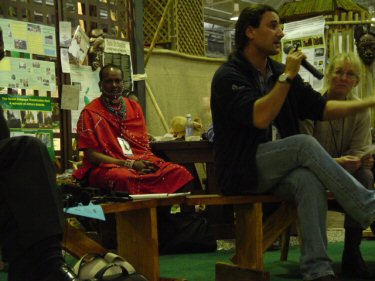 more effectively so that policy makers take them more seriously. Bahar gave a vote of thanks to all the participants and a remark that it was a good beginning that mobile people were being represented at the World Parks Congress.

After the very serious discussion, the participants got an opportunity to listen to Philip Rist from New Zealand who gave a unique performance on a music instrument known as the 'didgeridoo' along with an introduction to how it works. As the deep sounds of the instruments resonated in the Exhibition Hall the Community Park was once again filled up by curious onlookers, photographers and the media. 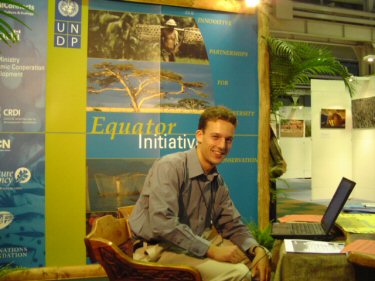 conservationists and policy makers with little benefits in return. The play attracted a lot of attention and had an audience of over 100 people at the Community Park. Once again the media showed a keen interest capturing every moment on camera.

The excitement and hectic pace of the day continued with a young team of Community Cyclists who had crossed over 900 kilometres on their cycles walked in to make a presentation of their experience. They cycled for many days just to make it to the World Parks Congress and greeted for their efforts.

The day ended on a more serious note with indigenous and local community leaders who gathered to strategise on how best to make their presence felt at the main proceedings of the Congress and how to lobby for their cause.

All in all another day came to an end, much to the satisfaction of everyone at the Community Park. Given the sheer number of people who are at the Park through the day one thing was clear: The Park had far exceeded its expectations and the space was being utilized effectively by all.

Report prepared by Bahar Dutt at the Community Park.